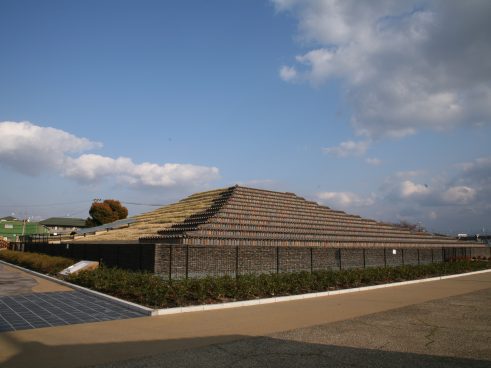 The Doto is the stupa of Ono-ji Temple, one of the 49 temples said to have been established by the monk Gyoki, who was born in Sakai during the Nara period. Records from the Heian period state that work started on the stupa in the year 727, and the main building and gate appear in other records from the Kamakura period.
Archeological excavation has revealed that earth was raised over an area of 53.1m to form a 13 layered tower 8.6m tall, with tiles then laid on each layer. Eve-end roofing tiles have also been excavated that are marked with the year 727, corroborating the date mentioned in historical records. The current appearance of the doto is a recreation to the 12th layer, with the entire site protected by embankments. 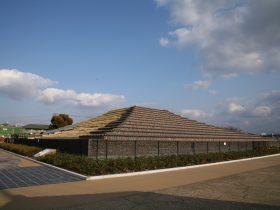 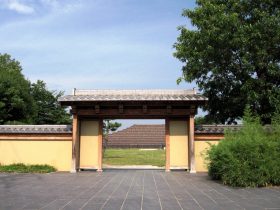 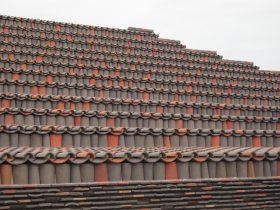 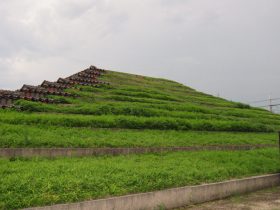 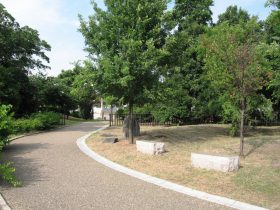